St. John’s much-loved choral tradition goes back decades. Not only do our choir bring “the beauty of holiness” to each act of Sunday worship, but we also build a caring community and spirit of fun into the process.  (Friday evening rehearsals are well known for the frequency and volume of laughter!) We are a friendly and enthusiastic mixed four-part choir. All our choristers are volunteers – adults who simply love to sing, and young people whose talent is just budding – led by a skilled choirmaster who works passionately encouraging everyone to thrive.

We sing regularly at the Sunday morning service at 10:45 and occasionally at special services in the evening (usually around 18:00), and the girls often sing at weddings throughout the year. Rehearsals are held in the choir vestry on a Friday for girls from 18:30 to 20:00 and adults from 19:00 to 20:30.

The commitment of choir members, young and old, is to be commended and attendance at choir practice and for services is excellent. But the choir is not just about singing! We have a number of social occasions throughout the year – even trips for the young people – and these are a great opportunity for members of the choir to get to know each other, make friends, and have fun. 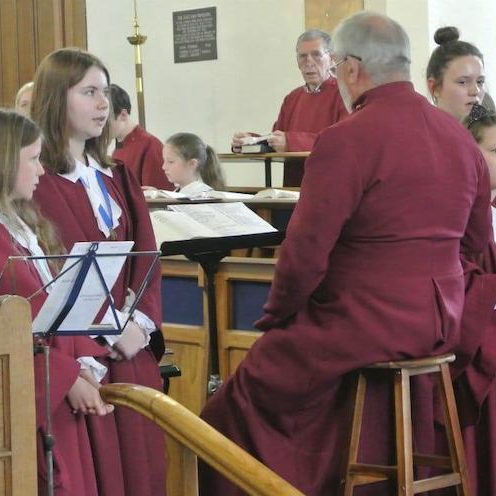 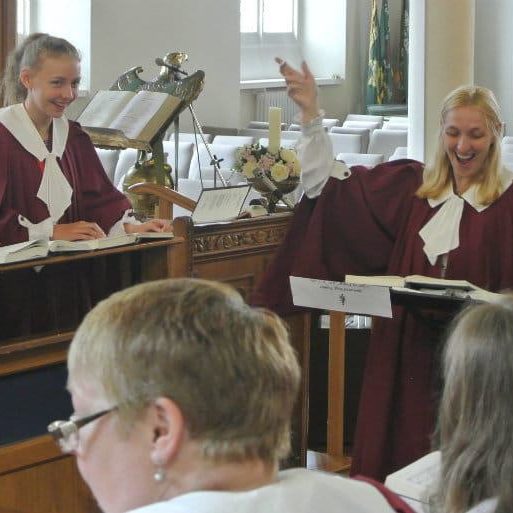 Opportunities with the choir

Opportunities are given for choir members to participate in courses sponsored by the RSCM (Royal School of Church Music), diocesan choral festivals in the Cathedrals in Llandaff and Newport and sometimes further afield, when appropriate. The choir also sings regularly for services at Newport Cathedral during the summer break.

Our girls work towards gaining light blue, dark blue and red ribbons as part of the RSCM Voice for Life training scheme. Being part of the choir builds confidence in the youngsters, encourages friendships outside the school environment, and provides excellent opportunities to extend their general learning skills, gaining much from this christian and musical education.

If you are interested, whether you are an adult singer or the parent of a girl, for further information please contact the Organist and Choirmaster, John Granger, or a member of the clergy team.

Could you be our newest singer? Tell us! 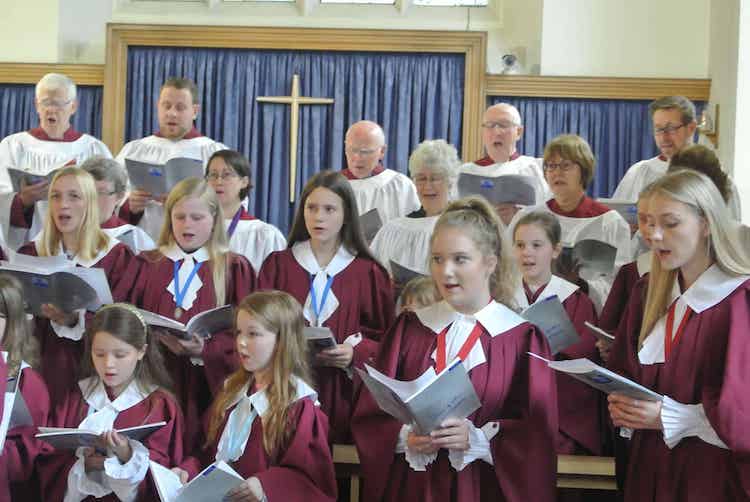 Is there any age limit?

We’ve had choir members as young as seven and as old as their 90s. Seven is probably the lower limit, but there’s no restriction on age otherwise.

There’s no requirement of previous experience. Enthusiasm and commitment are more important when considering joining the choir. (And we’ll make it worth your while!) If you are an experienced singer who reads music, that is an extra bonus.

Is there any cost involved?

We provide choir robes for all choristers. These might be a cassock and surplice (as seen in this picture) or a girl’s or lady’s gown. All music is provided and the choir has a wide repertoire suitable for leading our worship.

Are there social events?

We arrange regular social events and outings for the younger choristers up to age 18, as well as social evenings for the adults. We tend to find any excuse for turning a singing event into a social occasion!

How often does the choir sing in church?

The choir sings each Sunday at our 10:45 worship service (with some strategic breaks placed throughout the year). The choir also plays a major part leading worship and devotion at series of evening services (usually at 18:00 or 19:00) during the major festivals of the church’s year – on or around eight or ten occasions in any one given year. This includes the Advent Devotion service, Nine Lessons & Carols, Candlemas, Palm Sunday, Maundy Thursday, and Good Friday.

Must I attend every practice and choral service?

It is hoped that choristers will attend practices and services on a regular basis, but the choirmaster is aware that people lead busy lives and understands that other commitments may occasionally prevent attendance.  It is helpful, in terms of planning, to let the choirmaster know, in advance where possible, if a chorister is unable to attend a practice or service, but absence for illness is (of course) always understood.

I joined St. John’s choir in October 1958 when Gordon (“Pop”) Leonard was Organist and Choirmaster and there were 28 boys and over twenty men in the choir. At the age of 15, I became Assistant Organist having played for my first service at the age of 14. Being a member of the choir has been a central feature of my life to this day and I have loved the camaraderie, fellowship, and music throughout these years.

I had financial support from Newport Education Committee to study the organ at Llandaff Cathedral with Robert Joyce during my three years training to be a teacher in Cardiff between 1967 and 1970, and when Keith Poole followed Gordon Leonard, I remained as Assistant Organist. When Keith retired, I became Organist and Choirmaster, a position I loved then as much as I do today. I remained in post for nearly fifteen years before taking a break in 2003 to sing full-time in the Newport Cathedral Choir for ten years. I returned to St John’s in 2013, encouraged by Canon David Neale to restore the choral tradition for which St. John’s was well known, and still sing in the Cathedral choir when not at St. John’s.

I was awarded the coveted Archbishop of Wales Award in Church Music (AWACM) in 2012 and am a Fellow of the Guild of Musicians and Singers. I retired as a primary school Headteacher in 2007 and now spend my retirement immersed in church music, working with the lovely choristers at St John’s, playing the organ for services at a variety of churches in Newport and the surrounding area during the week, enjoying holidays whenever possible, and loving life with my wife Geraldine, our daughters, and our seven grandchildren. 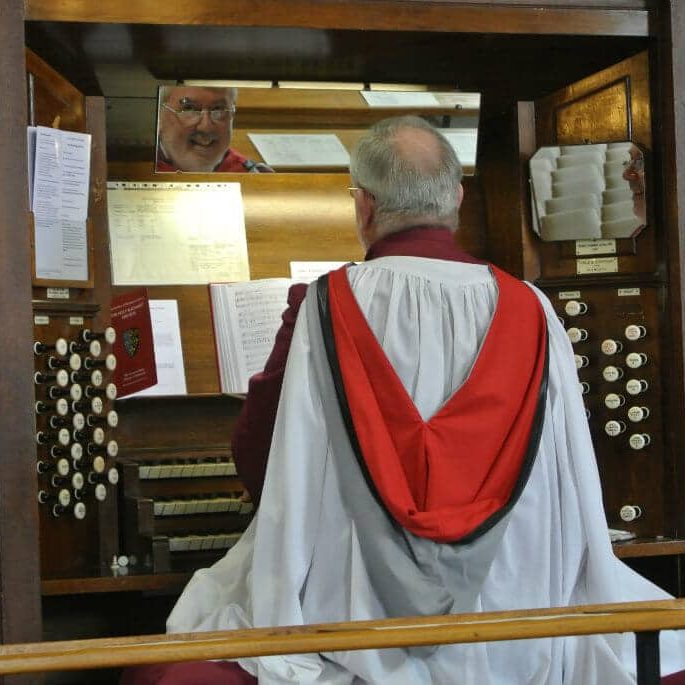 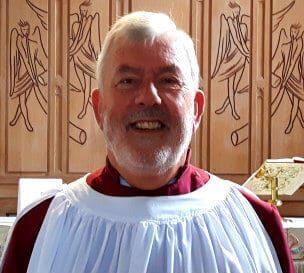 About our Assistant Organist

I am a life-long member of St. John’s Church – christened, confirmed, and married here. I helped with the Sunday School; then, at age 14, began to play the organ at St. Mary’s. Currently, as Assistant Organist at St. John’s, I particularly enjoy accompanying anthems in order that our Choirmaster can conduct. As well as playing regularly for weekly services, I am sometimes asked to play for weddings and funerals, and I also teach piano. 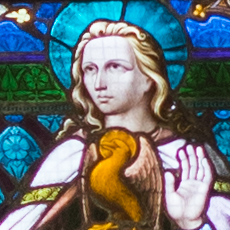